This article will cover the life of Roman Emperor Titus. We will briefly cover Titus’s early life, military career, personal life, reign as Emperor, The Arch of Titus, and his death.

Titus was born on the 30th of December 39 CE, to Vespasian. He would eventually get a younger brother who was born in 51 CE. We know him as Domitian. He would also have a younger sister known as Domitilla The Younger. By the time Titus was a small child, his family’s rise to wealth and importance in Rome was well underway.

When Vespasian went to Britain for a military campaign in 43 CE. Titus was sent to the court of Roman Emperor Claudius. During this time, Titus became close with Claudius’s son Britannicus. He was given a top-quality education and learned how the Imperial Court functioned.

Titus is probably best known for the five-month-long Siege of Jerusalem. After Jerusalem was defeated, the amount of wealth stolen from the Jewish People during this time was the source of financing, which paid for the Colosseum and saved Rome from Economic collapse.

During his life, he had 2 wives. His first wife, Arrecina Tertulla, married Titus in 62 CE. They had one daughter together and remained with each other until she died in 63 CE. Titus and his second wife were married from 63 CE until 65 CE, when they divorced.

His true love was a woman who went by the name of Berenice. She was a client Queen for Rome in Judea and the daughter of Herod The Great. The two initially met while Titus was in Judea. Since her father had sided with Rome, this allowed them to build a strong connection. They would eventually meet again 4 years later when Berenice visited Rome.

They would never marry, although historians say she acted as his wife in almost every manner. The Roman people, however, wouldn’t accept her as Empress of Rome. Once Titus became Emperor, under pressure from the senate, he dismissed her from Rome, ending their relationship. After this point, no one knows what Berenice’s fate was.

In 79 CE Vespasian died, and Titus was named Emperor. His reign would be short and only last until 81 CE. He was the first Roman Emperor to inherit the throne directly from his father. One of his first acts as Emperor was to stop the ongoing treason trials. He did this in an attempt to gain favor with the senate and the people of Rome.

During his reign, Mount Vesuvius erupted, destroying Pompeii. Titus did the best he could to help the citizens of Pompeii. He visited the site of the explosion twice during his reign. Once right after mount Vesuvius erupted and again the following year, bringing supplies for the people of Pompeii. During the second visit, a fire broke out in Rome, which destroyed many buildings forcing Titus to return to Rome. To make matters worse, a plague began to spread, causing many citizens to become ill and die.

The Arch of Titus

The Arch of Titus depicts the triumphal procession celebrated in 71 CE after the Roman victory in the Fall of Jerusalem (Shown at the top of the article).

Over the past 2000 years, the arch has been restored multiple times, [probably with the most extensive renovations happening in the 18th and 19th centuries CE). The Arch of Titus measures 50 ft in height, 44 ft in width, 15.5 ft in depth. The inner archway is 27 ft in height and 17.5 ft in width.

After dedicating some buildings, He left for the Sabine area of Italy. He started not feeling well and ended up developing a fever. As if it was fate, Titus had stopped at the same station where his father, Vespasian, had died. Unfortunately for Titus, this would be where he would die also.

Titus’s last words have confused historians. His last words were, “I have made but one mistake.” Historians think this relates to Titus not having his younger brother Domitian Assassinated. Since there seems to be some evidence, Domitian poisoned him. Others have wondered if it related to Berenice, the love of his life.

Titus ruled the Roman Empire for two years: from the death of his father, Vespasian, in 79 CE to his own on 13 September 81 CE. He was succeeded by Domitian, whose first act as emperor was to deify his brother.

Roman Emperor Titus had shown great potential for ruling Rome. Titus’s death cut his time short. We will never know the true potential of his reign and abilities. What we do know about is his brother, the Tyrant that followed him.

Each coin has a unique history attached to it. Coin collectors love the Roman Denarius. We carry Roman Denarius from various periods in the Roman Republic/Empire. Click the link below to see if we have a Roman Emperor Titus denarius currently in stock. 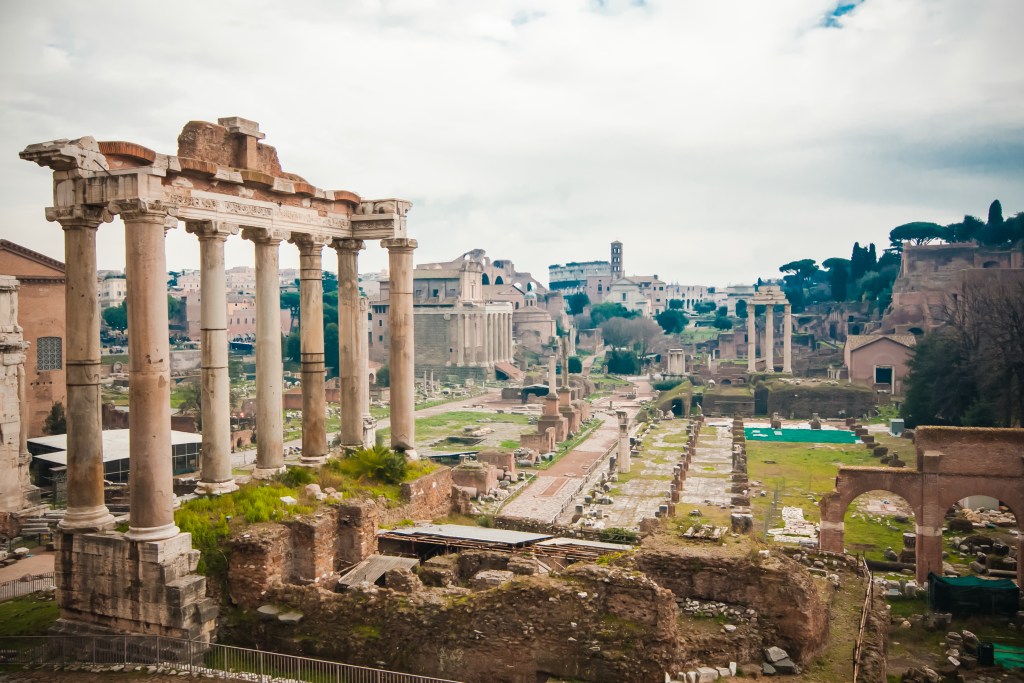 These are all of the Non-Certified and Certified silver Roman coins we currently have for sale.

One thought on “Titus: The Second Flavian Emperor”